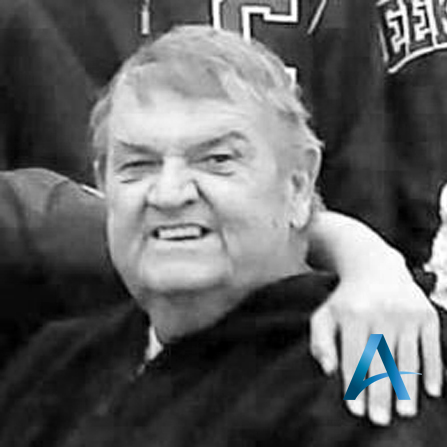 In the early hours of March 9th, 2011, Chet Pearce lost his courageous battle. After already a valiant fight against cancer, 4 weeks later, Chet was diagnosed with a brain tumor.

Clyde Chester Pearce was born to Carl and Aves (Grimes) Pearce on July 28th, 1938 in Danville, Indiana. In 1956, Chet graduated in a class of less than 30 from Eminence High School in Eminence, Indiana. He played on the basketball team and at halftime played the clarinet in the school band. Chet attended Purdue University but was called home to help on the family farm when his father passed away. Chet was a member of the Alaska Christian Church in Alaska, Indiana.

On June 11, 1961 Chet married his beautiful friend and rock Marilyn Sue (Sampson) Pearce. On June 11th of this year, Chet was looking forward to that glorious 50th anniversary dance with Marilyn.

On Sept. 2 1962 Chet and Marilyn welcomed their first and only son, Mitchell Todd. Years ago, Mitch made his father so proud when he refurbished Chet’s home place Wonder Hill Farms, with the help of his partner Fred Dennis. A place where Chet loved to gather his family and friends for his annual Harvest Hootenanny and brag on his son-in-law Jims musical talents and Freds gardening skills. On July 4th 1964, their little firecracker Mimi Marie (Carmel Indiana) entered their lives. A father who beamed from ear to ear telling of his daughters accomplishments in radio and television.

In December of 1996, Chet’s world would change forever when the little love of his life arrived in the world. Corbin James Mitchell was the “The Perfect Grandson” and he brought the biggest joy to his Papaw’s life.

His granddaughter Taylor, Denver Colorado, quickly learned to give him the name of Grumpy before he became Papaw.

In his early twenties, Chet loved to fly his plane and passed the love of flying onto his daughter. For over 50 years Chet was involved in the Insurance industry. For 40 years he and Marilyn owned and operated Pearce Insurance Agency. Almost up until his passing, Chet also continued to go to work each day in the business he truly loved. Associated Bail Bonds of which he turned over to his wife and son when he became ill.

Mr. Pearce continued to serve his community throughout his life. He is a past president of the Martinsville Lions Club, past president of the Morgan County Fair Board, a founding member of the Morgan County Antique Tractor Club...at one time Mr. Pearce owned over 200 antique tractors. For years his political savvy guided him to be a precinct committeeman. Mr. Pearce gave generously to so many causes, but poured so much of his life into helping the youth in the 4-H community as well as the A and A volunteer fire department in Eminence, Indiana. So many times, Chet would help someone in need and never ask for anything in return.

Just two weeks ago, Chet beamed as his grandson stood in front of him and read his acceptance letter into Cathedral High School. Nothing made Chet happier than watching Corbin play sports and watch him grow into an amazing young man. Chet also loved cruising to the farm on a spring afternoon when it was time for planting season. He loved the summer months enjoying all the treasures Mitch and Fred created on the farm.